Idea Camp: from concepts to projects with a deep mean of social impact 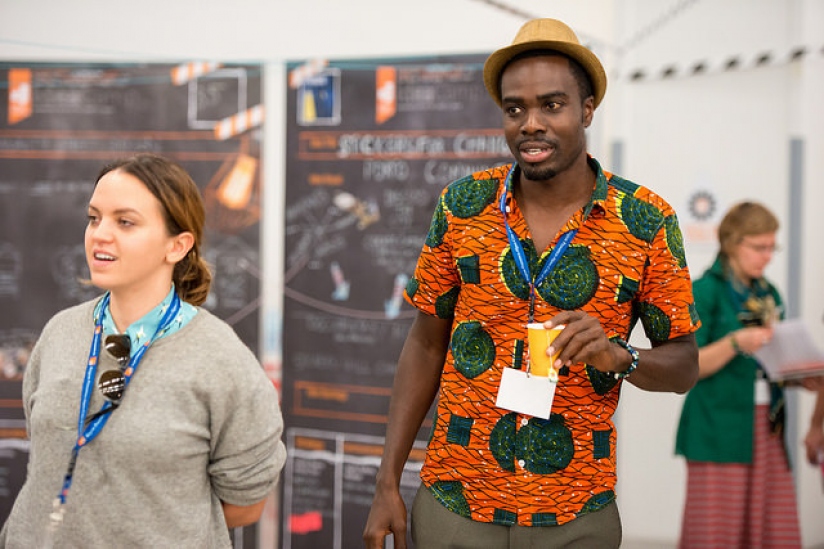 In Platoniq/Goteo Foundation we feel motivated to participate in networks that promote co-creation, collective production and project matching, particularly in current times where traditional formats of international cultural events seem obsolete or ineffective. That’s Idea Camp, a call of projects promoted by the European Cultural Foundation (ECF) where 50 cultural promoters (Idea Makers) share their transforming ideas on fields related to culture, urban planning and the commons. Participants come from all across Europe and the selection is based in a meticulous process, attending the potential of their actions both in the local level and in the collective cross-cultural international level.

A gathering on civic ideas for Europe

During three hard working days, Idea Makers are invited to develop their projects within a network of stations facilitated by six European organizations participating of Connected Actions for the Commons programme: a cluster of hubs that imprint deep social impact in Sweden, Poland, Moldova, Croatia, France and Spain and in which Goteo takes part.

Based in our experience in co-creation, Goteo is in charge of designing and facilitating the collaborative working sessions at Idea Camp, shaping design from a peer-to-peer view on each project’s civic impact. We’ll also contribute with a specific workshop in crowdfunding methodologies applying values of crowdsourcing, open access and open sourcing. 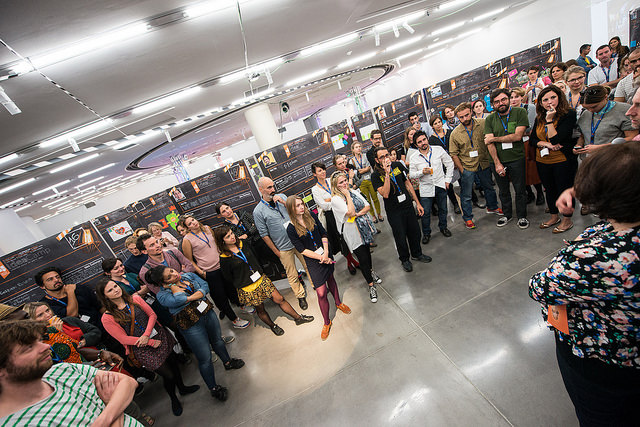 The actions driven to connect people, organizations, collectives and foundations is mediated by financing 25 viable projects through up to €10.000 R&D yearly grants. By the end of autumn 2015 and after two editions of Idea Camp, an interwoven network of 50 projects will be financially supported and the results from the first generation will be published under free/open licenses.

From 2014’ edition, four projects coming from Spain were selected to carry their research with support from ECF after attending Idea Camp. Those are PublicSpace.Tools, by Straddle3 which is about free software geolocation of challenging actions in streets and public space; Air Space is Public Space, a project by Lot Amorós on privacy and drones; P2P Plazas, a Southern European Network, a cartography on self managed open spaces throughout the Mediterranian and Open Source Public Space Devices: replicable urban furniture by Radarq. Apart from those, six other Spanish initiatives are selected for Idea Camp 2015.

The first edition of the gathering, in Marseille in october 2014, was hosted by Les Têtes de l’Art and focused in transformation and significance of urban, rural, physical and digital public space. The ideas shared there came across a wide spectrum of fields: from collaborative production and open source furniture to wi-fi devices which host digital toy libraries disconnected form the Internet. From involving citizenship in measuring pollution in their cities to production of devices to connect local Governments with bottom-up driven process.

Build the City is conceived as the second edition of the event and will be hosted in Botkyrka, Sweden in September 23rd-25th, by the node Subtopia. How do citizens engage in current challenges of European contemporary cities? How do institutions take note of bottom-up process and incorporate examples of good practices in their Governments? Which factors are determining transformation in our towns and how could we intervene in them? Those are open questions which will be addressed collectively and with the focus of transforming good ideas into future praxis. 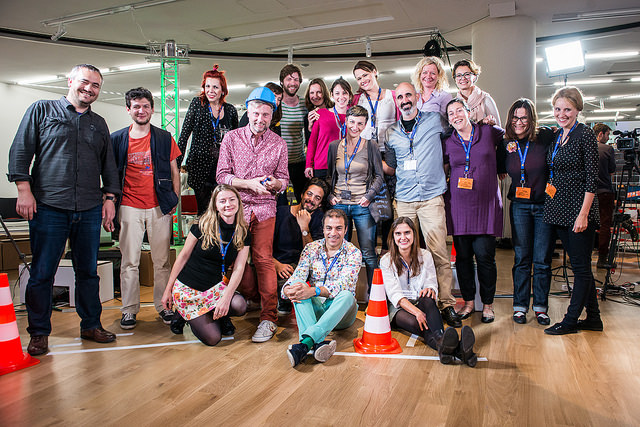 Spain will be the next country to host Idea Camp in 2017. We will continue thinking on current and future challenges and selecting more ideas that could add collective intelligence to the network and support its development and civic impact. Regarding that date, we are already seeking for partners, ideas, synergies and spaces.

Collectives that interweave strongly with deep roots in their local contexts are closely related to the social and political context in Europe –and from our perspective, in Spain. Social and cultural production manners are impregnated with the echoes of bottom-up citizen networks, online activism and artivism. The challenge we address is articulating process which means are in line with the social and cultural contemporary context. 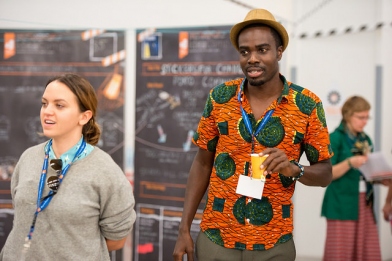