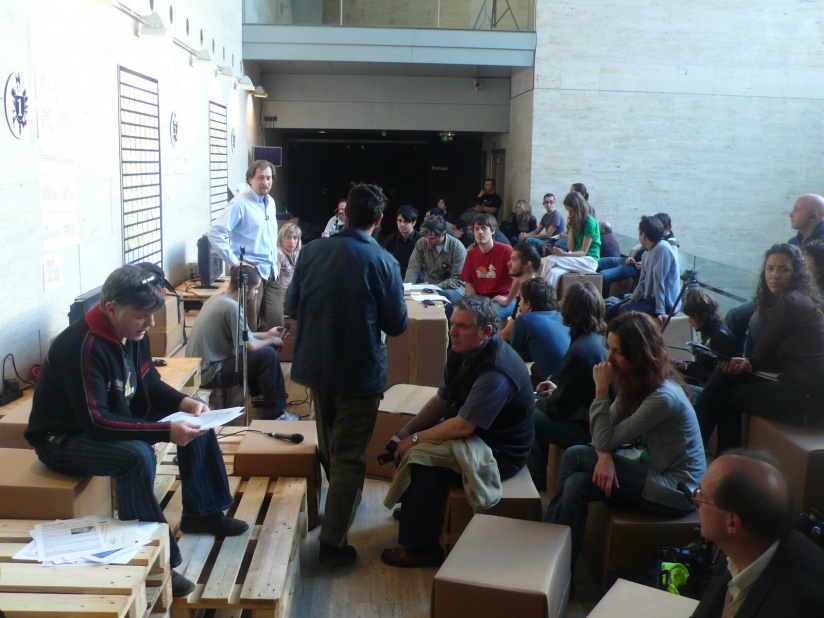 When we use our computers and digital networks to send information it seems to go instantaneously from the sender to the receiver, so frequently we do not think about the path it takes, or the political and economic implications of this path.

From the late seventies to the early nineties networked communications for most people meant being a paying customer of an "online service" - the most prominent of these was CompuServe. Using such a service meant that CompuServe, a private company, had full control of your communication - including who you could communicate with, and what you could communicate. It also meant that they were the sole provider of access, there were no independent providers, only competitive systems from other private companies.

Meanwhile, in the sheltered backrooms of the military, telecommunications and educational research, the Internet was evolving far away from the imagination of capitalist finance. By design, the Internet is a peer to peer network, meaning that any computer can send data to any other computer connected to it. So unlike being a client connected to the servers of a monolithic "online service" like CompuServe, each computer is a part of the network and can connect to other computers, and therefore users. Thus, companies and volunteer organizations could become service providers and many did. A cottage industry of commercial internet service providers sprang up worldwide, along with nonprofit "FreeNets" and public and private "Internet Cafes."

The boom of the media, more democratic than any previous media, let to wide spread speculation of this being a revolution that would have deep and broad implications.

After the heady days of "dotCom" boom followed the bust: Along with the Commercialization of the internet, came its capital intensification: Having a simple ISDN connection to the internet and a shelf full of modems was not enough to be a Internet Service Provider Anymore. Asynchronous "broadband" connections like DSL required heavy investments that were impossible to be achieved without major financing. In consequence, centralization returned through the back door – creating consumers and providers similar to the CompuServe era with one significant difference: It all seemed free.

A new buzzword came to town: "Web 2.0". It promises new ways for users to share and communicate online and a new user-driven breed of websites. However, while sharing and communicating is a new concept for websites, sharing and communicating were already common on the Internet, "the Web," while operating on the peer to peer Internet, is actually a client-server system, with the same asymmetric relationships as the CompuServe era's Online services: The user has a browser which communicates with the website, each site Is a monolithic application that controls the interaction of all its users.

In each round communicators send messages. The cop, lobbyist, and censor can each intercept any message from reaching any target, by going to stand beside a potential receiver before the message is sent, so they do not know ahead of time where the sender will finally send the message. The excercise is conducted for a fixed time, and the results analysed.

In the first round the communicators pass all messages through a single "online service," and show how control is easily accomplished, by way of the cop, the censor and/or the lobbyist. Per message communicators will also have to pass a token (money) to the operator who collects it.

In the second round we learn to route around the central node, control becomes more difficult. Each message is accompanied by money retained the  third party passing the message on. Hurray! A revolution is coming! Civil society in the form of the cop, the Lobbyist and the censor will not be able to effectively control messages.

In the fourth round we show how nodes that don't co-operate cannot afford to operate and so the cop, censor and lobbyist make a comeback by controlling the operator via the banker.

2. The next round of the exercise, the P2P version, simulates a peer to peer network, where any person can send a message to any other person without having to go through any particular node. Communicators pass their hand-written messages freely from one to another. There is no Operator, messages can be passed through any third party that is willing to pass them. The token passes with the message and remains with the thrid party passing the message on (the communicator/operator). Interceptions by lobbyist, censor and cop are much more difficult as the members of civil society can only guess which way messages will go. No single operator can be influenced or pressured.

4. In the fourth round, the Web 2.0 excercise, we will see how the money now works against the peer to peer aspects and helps bring back control and centralization. The banker has all the money. He divides his money between the members of civil society. Any communicator or former operator can „apply" for funding to become a Community Platform Operator. While the communicators do not have to pay any money in order to pass their messages to the operator who will pass them on, the operator has to pay the banker for each message passed. The Censor, the Cop and the Lobbyist can intercept messages either via financial incentives to the operator.


HOW TO IMPROVE IT / ADVICE FOR USE

What kind of messages should the communicators pass?

Whatever they want, secrets, poems, slogans, anything ... Hopefully something that encourages a response!

What is the criteria of the censor to intercept the messages or remove the operator?

The communicators can use their own system to *encrypt* messages and thus keep them from being intercepted. The censor/cop/lobbyist could (not) know the decryption key.

The way the banker divides the money in the fourth round can be varied, giving for example the lobbyist more money than the censor which influences the power they can excert over the operator. Or the banker can finance operators directly – this is the advanced version. Independent operators (left over from the CompuServe era or other communicators/operators retaining capital) may also become financiers in the fourth round. 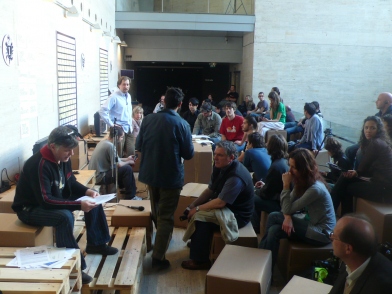