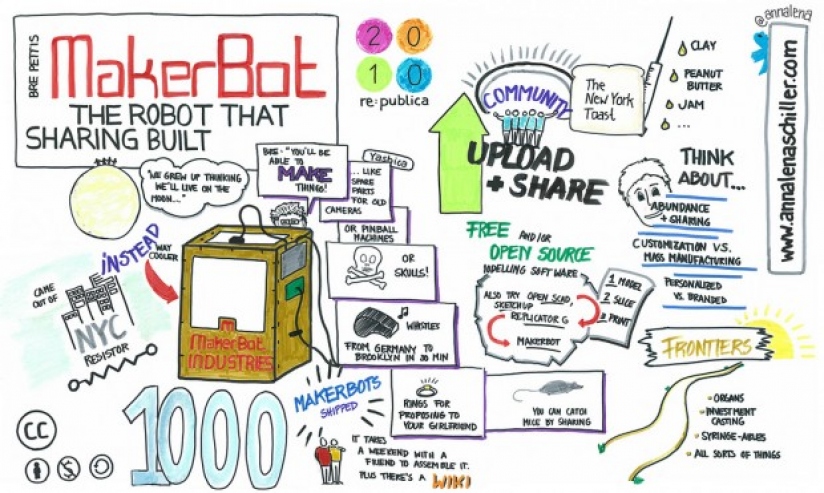 Significantly, the Shanzai companies are almost universally bootstrapped on minimal capital with almost no additional financing: Mitchell Tseng reported that 10.000 € are enough to start such a company, and it may eventually scale to over 50 million € revenue per year within a couple years.

A place for Open Hardware communities: Hackerspaces
The Open Hardware movement is also enabled by Hackerspaces, community-operated physical places, where people can meet and work on their open source software and hardware projects. Hackerspaces are distributed throughout the world, and the up-to-date list and map can be found in the hackerspaces.org/wiki. There is even an hackerspaces.org email list for talking about fundraising ideas, strategies, member donations, tax laws, or anything finance related.
Wikipedia reports that membership fees are usually the main income of a hackerspace, but some also accept external sponsors. Some hackerspaces in the USA (like Noisebridge) have 501(c)3 status, while others have chosen to forgo tax exempt status. For example, HacDC in Washington DC is an non-profit corporation and 501(c)(3) (pending); as of April 2010, membership stands at over 50 people and dues are $50 per month and include benefits such as 24/7 key access, voting rights, and more.

A Bank for enabling Microcredit for Open Hardware
There is interesting new business model for Open Hardware that are just blooming: microcredit trough peer-to-peer lending and crowdfunding. The main idea is to gather small loans from single individuals or greater groups in order to start an Open Hardware project.
The best example of this trend comes from two hackers, Justin Huynh and Matt Stack, who calculated that for every small hardware project, there's a potential to have to pay upwards of 40-50% of the initial cost of the project in just infrastructure fees. As a consequence, they have started the Open Source Hardware Reserve Bank in order to solve two main financial problems specific to Open Hardware: throwaway costs that result from repeated revisions to physical hardware during the design process, and the inability to take advantage of volume discounts for raw materials.

The principles of the Open Source Hardware Reserve Bank are:
●    Reduce margins and share costs for the community.
●    Minimize the risk and opportunity cost of unsold inventory.
●    Provide incentives for Open Hardware projects to move to production without risks.
●    Allow the building and distribution of low-quantity, non-scalable products (e.g. niche applications that are potentially non-VC fundable).
●    Give rewards and profits back as close as possible to those who contributed.

The Open Source Hardware Reserve Bank (which still has to fully comply to the laws that regulate lending) allows only hackers (no VC or other companies) to make investments in specific projects, buying and funding at the same time, doubling then the number of pieces created and reducing per-unit costs by around 10 percent to 30 percent.

Moreover, they designed an infovis that visualizes the state of the funding and manufacturing of each copy of a Open Hardware project. Each cell identify one copy of the Open Hardware project, and the smaller cell on the top represents the 15% markup charged by the Bank  (as opposed to the normal 30-50% or more charged on electronics). All the cells are numbered and sorted on a waiting list for receiving the manufactured copies. If a cell is white, there is a copy available in the queue, otherwise the color will be blue (for personal copy) or yellow (for copies funded with microcredit). When somebody funds the manufacturing of one more physical copy, he/she won't pay the 15% markup; when the copies funded will be two, he/she will save the 15% markup and the shipping fees. Funding 5 copies makes you an investor in the specific Open Hardware project, getting a 15% return on investment.  For every funding, the Bank will issue a certificate.

A lesson from Open Hardware for GOTEO: expanding microcredit certificates
All the previous cases can be seen as the state of the art for business models related to Open Hardware projects. They can be taken as example as they are, or expanded further; anyway there is one aspect that can be stressed out and I think it can be important for managing such open projects: let's consider how a community could self-fund its projects through microcredit as a license.
Even without considering radical projects like all the Open Money and Metacurrency initiatives that proposes new forms of currencies, we can think more about further joining existing currencies with microcredit certificates like the Open Source Hardware Reserve Bank ones. There is the need of accurate, portable and shareable tools of reputation ranking, able to interconnect different local contexts and attached to existing currencies. The Open Hardware still needs proper open-content licenses, since with current licenses we can protect the design but not the manufactured product or forks. And Open Hardware projects will have the need of warranties and conformance marks about the proper function of the manufactured product. Why don't we use the microcredit certificates for these tasks as well? We could design microcredit certificates to act as a conformance mark, warranty and license certificates as well: only the community can issue them and use them for its own self-organization. 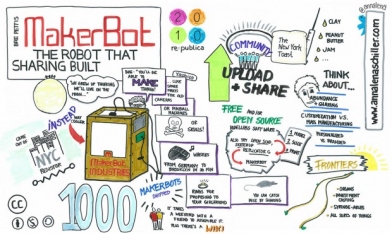